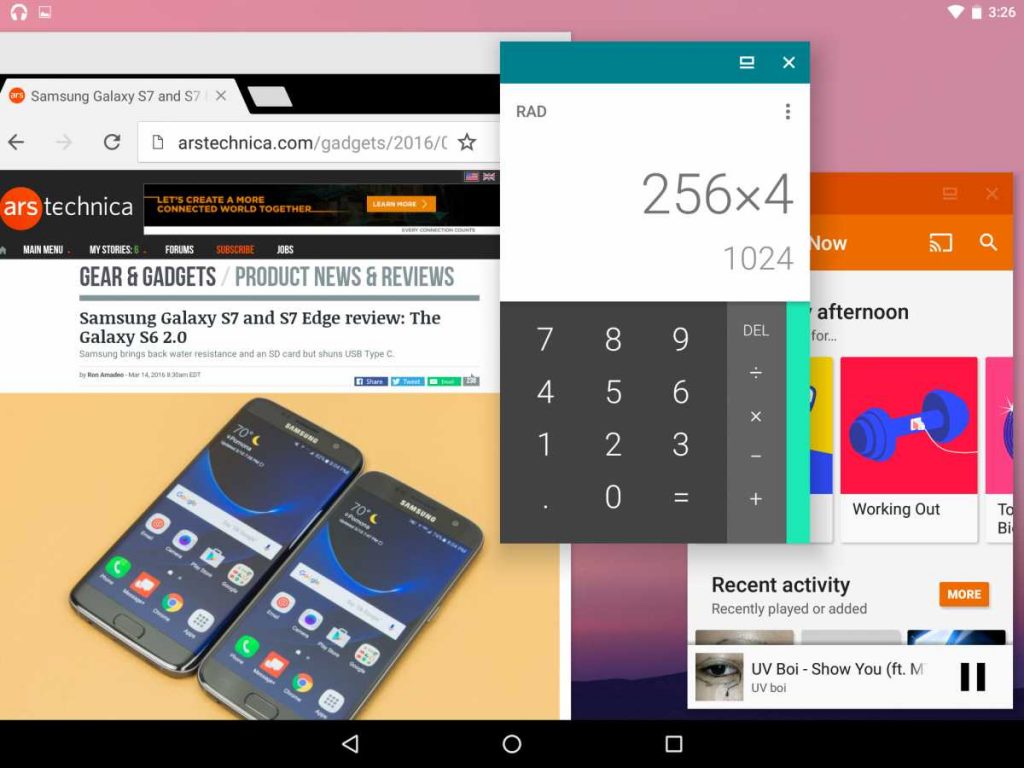 However, there is a third multi-window mode present in Android Nougat that not very many people are aware of: freeform window mode. This mode allows Android to present apps as floating windows that can be moved and resized at will by the user. It’s essentially Android’s implementation of a stacking window manager.

In the Android SDK documentation, it states that:

Manufacturers of larger devices can choose to enable freeform mode, in which the user can freely resize each activity. If the manufacturer enables this feature, the device offers freeform mode in addition to split-screen mode.

This indicates that any new large screen Android device that ships with Android 7.0 could potentially have freeform window mode enabled by the manufacturer.

However, this is absolutely not a hard requirement. It is possible to force any Android Nougat device (with developer options enabled) to support freeform window mode using one of two different methods: 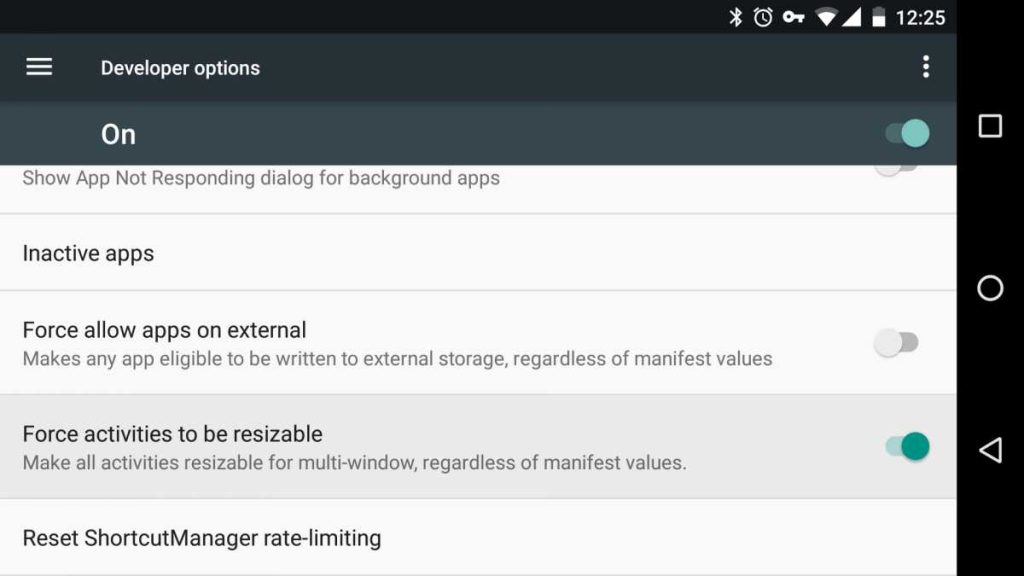 Method 1 (a computer with adb is required)

Make sure USB Debugging is enabled in Developer Options. Then, hook your device up to a computer with adb installed, and execute the following command:

Enable the “Force activities to be resizable” option at the bottom of Developer Options.

Both of these methods require the System UI to be restarted before they can take effect. The easiest way to do this is to reboot your device (or, if your device is rooted, you can simply kill the com.android.systemui process)

OK, so freeform mode is enabled… now what?

If you enabled freeform mode using Method 1, then there will be a new button on app entries in the Overview menu to launch an app into freeform window mode.

The key to launching an app in freeform mode is to call the ActivityOptions.setLaunchBounds() method. This method takes a Rect as an argument, containing the window bounds that the app will launch with.

You can then start the app with startActivity(Intent, Bundle). If you don’t already have an ActivityOptionsbundle, you can create one with ActivityOptions.makeBasic() and then calling setLaunchBounds() on the freshly created bundle.

Note that by default, if there is already a task for the app present in the Overview screen, then Android will simply redirect you to the existing (fullscreen) task that was previously launched by the user. You will need to clear any tasks for the app in Overview before attempting to launch the app into a freeform window. (For apps with activities that launch in standard or singleTop modes, you can force a new window to open by adding the Intent.FLAG_ACTIVITY_MULTIPLE_TASK flag to the intent before calling startActivity().) 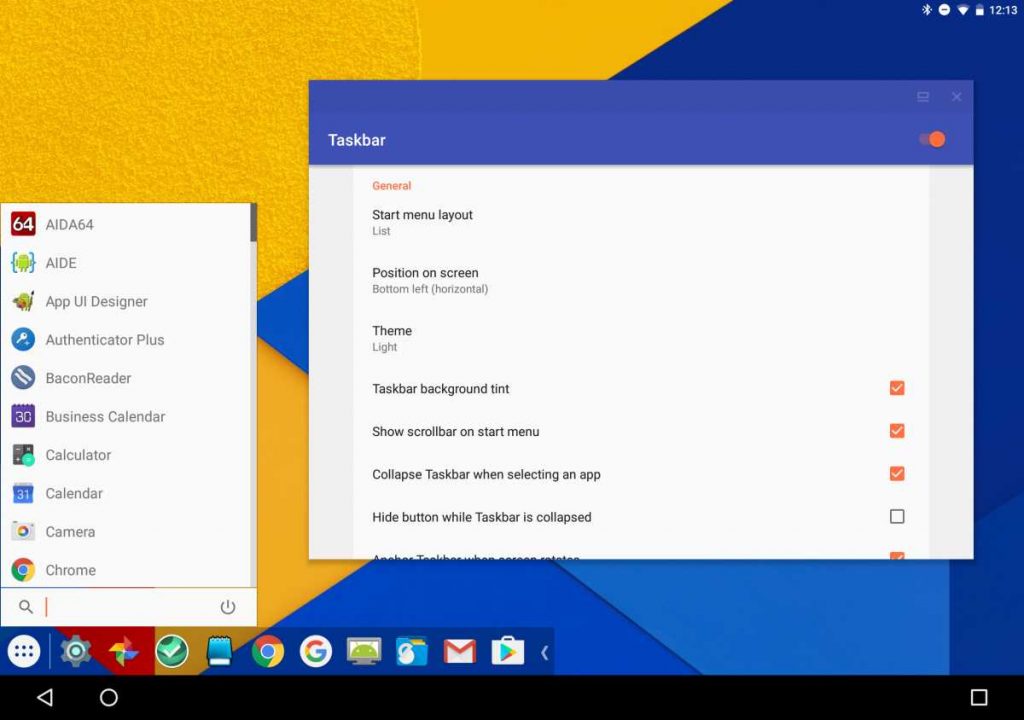 In the summer of 2016, while Android Nougat was still a developer preview, an app was released called Taskbar that provides a Windows-like start menu and recent app list in a system overlay. It allows users on Nougat to launch apps in freeform window mode — and, since Taskbar uses an overlay, it can stay on screen in the freeform window environment. The combination of Taskbar and freeform mode gives any Android device, especially tablets, a PC-like feel.

You can download Taskbar on Google Play, or view the source code yourself on GitHub. In addition to the concepts mentioned in this article, I also employ a few tricks to keep the freeform mode environment active even when no freeform windows are displayed on screen. Users can also optionally set Taskbar as their default launcher to allow their device to boot automatically to the freeform mode environment.

In addition to Taskbar, I’ve also modified the Launcher3 source code from AOSP to allow it to launch apps into freeform mode. This is a straight clone of the stock Android 7.1.1 launcher, with the bare minimum modifications necessary to allow it to launch freeform apps. I’ve provided this modified launcher in the hope that other developers will implement support for launching freeform windows in their custom launchers. You can view the source code on GitHub, or download a sample APK.

[Latest] How To Install Arise Magnum Opus On Android 8.0 Oreo

How to customize android Heads-up Notifications without root