Fortnite is one of the largest video games right now. It’s always at the top of Twitch as having the most viewers watching. Currently, it’s available on platforms like iOS, Windows, macOS, PS4, and Xbox. Epic Games just announced it will be coming to Android this summer.

Epic Games announced in a blog post that they are targeting a Summer release for Fortnite on Android. It launched on iOS just a couple months ago with just the basics of the game. The mobile version has cross play with all the other platforms so a PC player can play with their friends on mobile. This port didn’t have anything fancy, just the controls and the game. 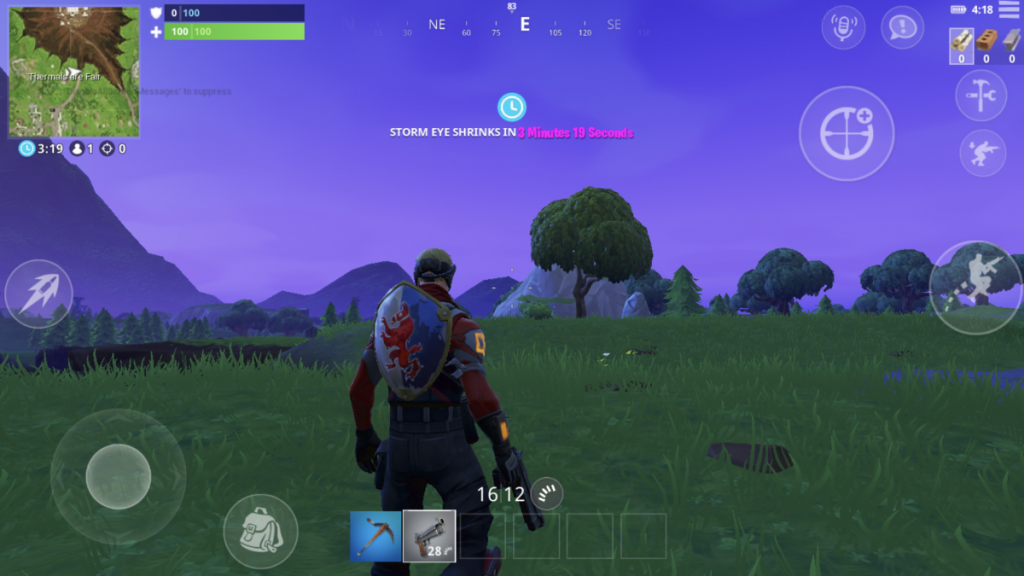 In today’s blog post, they also announced that voice chat will be coming to mobile. As a player of Fortnite on PC, I like to play with my friends who play on mobile. We used to have to use HouseParty or Duo to communicate with each other, so adding an in-game voice option will be amazing. We hope when Fortnite launches on Android they will have voice chat already implemented. They also announced a customizable HUD so you will be able to choose where the controls are on the screen. They also said they were working on increasing game performance on iOS. With processors like the Qualcomm Snapdragon 845 with the Adreno 630 GPU, we can expect great performance at high graphics settings. In our early benchmarks on the Snapdragon 845, you can see it performs really well in GPU in all the benchmarks. While this might not give a definitive idea of performance, it gives us a great idea of what to expect.

We know that communication is key when you’re squadding up for that Victory Royale, so we’re working to bring voice chat to mobile. On top of that, you’ll be able to chat with your teammates regardless of platform!

We’re also looking to make it really easy to mute yourself, other players, or open up all communications with a simple tap. There will be a button on the screen that lets you mute yourself, mute everyone in your party, or go back to open-microphone.

We’re continuing to work on improvements. Some upcoming examples include improving Autorun and adding better ways to fire. Once we roll out these changes, we’ll add options to the settings so you can try them out and see what works best for you!

We are aware of the large installation size of Fortnite on mobile and are working to reduce that size. Over the next few updates we’ll be compressing the size down while maintaining performance. We’ll be making overall patch sizes smaller and adding the ability to download the content in the background!

Fortnite is coming to Android!

We are targeting this summer for the release. We know many of you are excited for this release, and we promise that when we have more information to share, you’ll hear it from us first.

We see some areas where game performance can can be improved. We’re fixing code to optimize the experience (e.g. increase graphic quality), as well as adding a Battery-Saver mode which will allow you increased performance if you choose to lower the graphic quality. It’s our first implementation of this option and we’ll continue to improve upon it.

Many of you have asked for stat tracking on mobile. We are working to improve our stats servers so we can handle many more players, including those on mobile. We’re looking to enable this sometime this summer, once we are confident the improvements are performing up to our expectations.

Finally, stability is still one of our chief concerns. With every update we’re working to fix crashes and other issues as you report them. If you’re regularly running into stability issues, please let us know using the “Feedback” button in-game.

How to Update Oppo R7 To Android Nougat Via CM 14

Will YU Yuphoria Gets its place in XDA Forum?