We are waiting curious for Moto G4 AKA Moto G 4th gen 2016 model.These days Motorola devices are up to the mark and performing as expected.The most loved Moto device is Moto G series that are Moto G 1st gen,Moto G 2nd gen,Moto G 3rd gen and Soon Motorola going to release Moto G4 4th gen 2016 model this march.Company also another there will be another moto G model that is know to be moto G alpha.This year in 216 there will be two different moto G models.We will soon compare both these devices. 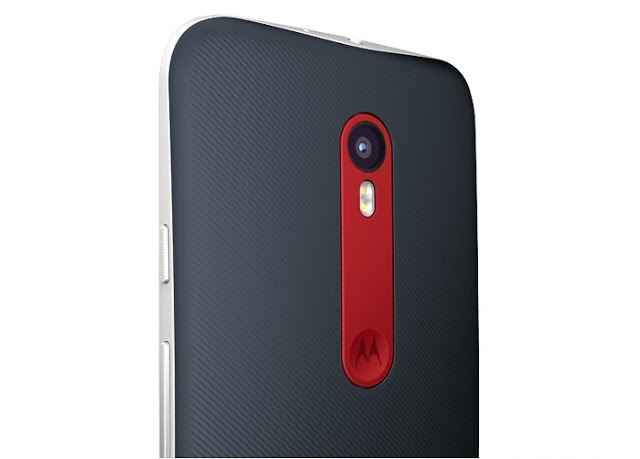 According
to an anonymous tipster, Motorola is going to launch  2 different models
of Moto G4, one with 3 GB of Ram and other with 2 GB of Ram. So that can
target both mid and lower end market, with latest android marshmallow 6.0 android version out of the box.

Moto G4 aka Moto G 2016
will be a step up in everything from hardware to software and will
release in June 2016 but we are expecting an early release in the 4th
week of May next year. According to the sources, Moto G4 Will release on 30 May 2016.

The Motorola Moto G4
smartphone would price, around 200$ for 2 GB Ram variant in U.S, And 229 $ for 3 GB full
HD variant USA. Moto G4 price in the UK would
be same as the USA and for Brazil it will cost same as India the tipster
quoted that.

Various sources are confirming that the next Moto G4 smartphone going to feature Qualcomm Snapdragon 430
CPU, Unlike its predecessor Snapdragon 430 features 8 cores (8x ARM®
Cortex™ A53) Up to 1.2 GHz octa-core. Some new leaks are saying a
different kind of story, according to them Moto G4 can launch in 2 CPU
variants. One with Snapdragon 430 and another with 650 SOC.

Moto
G 4th Generation can be featured with a full HD 1080p display in 3 GB
Ram model and again a 720p display in 2 GB Ram Moto G 2016 model,
Motorola wants’s to push the cost down which is the biggest reason
behind this.And it is leaks that it will come with shatterproof glass or display also.

That’s
why now Motorola want’s to build a power-packed phone which will
feature a 2750 mAh Li-Pol battery with Motorola’s property optimization
to boost the power one step high, Which means you can expect a full day
battery backup with power usage like gaming, browsing etc.
As for
storage side, Both Model will release with 16 GB onboard storage and
will feature a 64 GB expandable storag.

Motorola upgraded to
13 MP  in Moto g4 in caparison to moto G 3rd gen .The sensor of the camera will also change that means
moto g 4rd gen will also have a better resolution camera and upgrade in
quality side means, you can expect more sharp and clear images in moto g
4 camera thanks to the Qualcomm Snapdragon chipset and Sony’s Exmor
sensor.

In terms
of design Motorola will continue it’s cool funky look of Moto G3, that
means you can expect a Moto G 3 looking device with some changes in
depth and corners.
In terms of audio and speakers Moto g 4th
generation will have dual front side speaker like it’s old brother, The
reason behind choosing this type of design is huge Audio Lover
customers..

We are updating this post with every leak and rumor, keep visiting to stay updated.
Updated On – 3rd February, 2016