On 6 years Ago
Himalaya Saxena
Update Status: Release Date of CM 14 September – December 2016
As we know Cyanogenmod ROMs are very popular its customization and lots of new features other than stock android.CM Roms are the best rom for any Android device.Cyanogenmod ROMs are well known for its performance.Many people prefer CyanogenMod rom over Stock Roms.If you are a die hard fan of CM ROMs, then you will be happy to know that, CyanogenMod team already started working on Cm14, which was based on Android Nougat 7.0.You will be glad to know some CM14 feature that will be going to include in it based on Android N that is as follows.

There is no fixed release date of Cyanogenmod 14 aka Cm 14 rom but, as usual, it will going to release after few weeks of releasing Android N so we can predict that it will be going to release in June -July 2016. If you don’t know what is CyanogenMod. Then you can ready below article for full details.

#What is CyanogenMod roms?

CyanogenMod (pronounced sigh-AN-oh-Jen-mod), is a customized, aftermarket firmware or we can say Android Osc distribution for several Android devices (See above for supported devices & how to install CyanogenMod on said devices). Based on the Android Open Source Project, CyanogenMod is designed to increase performance and reliability over Android-based ROMs released by vendors and carriers such as Google, T-Mobile, HTC, etc. CyanogenMod also offers a variety of features & enhancements that are not currently found in these versions of Android.

The variants of the firmware are split into categories, such as Stable, Release Candidate, M-series, d Nightlies. 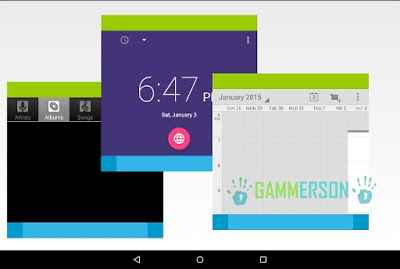 Cyanogenmod will now support multi window to do multitasking as it is also included in previous cm13 rom.If you like to do multi tasking and opens lots of apps in the background then this feature is only for you.As it will allow users to open multiple apps simultaneously like as above images.

This time, as Google announced that in Android N there will not be app drawer in it as we already seen in iOS and MIUI devices.We expect the same approach we will follow by CM ROMs as well or there will be the option to switch between both UI.

As the Google recently launched Android N 7.0 Update and I believe that the development of CM14 aka Cynaogenmod 14 is already started and we will soon going to see there hard work this fall.

So thats all About Cyanogemod 14 till now keep visitng for an update.

Which Huawei Device will Get Android Marshmallow 6.0 Update and When ? [Official List]

[Fix] desktop.cpp:478 must select a device to use this feature﻿